We treat infertility problems by looking as holistically at the body as possible.  There may be four main classifications of issues surrounding fertility that I list below but first one needs to understand the most overlooked cause of infertility – the balance of the immune response.

The immune response is an inflammatory response, which produces chemicals called cytokines, which are part of the body’s natural defense system against outside invaders. 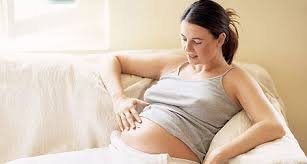 The body’s immune system may be separated into a Th1 and a Th2 response.  The Th1 response may be thought of as the police force, the body’s initial strike force against an invader or what is called an antigen; the Th1 response is simple…KILL things!  When an antigen (foreign invader) is present, the Th1 system fires and kills it; should the bug be of a nasty persuasion and strong enough to resist the Th1 response, the Th2 system kicks in, creates antibodies against the bug, tagging them so appropriate white blood cells can finish them off and the immune, Th1/Th2 system falls back into balance.

When an egg is fertilized by a sperm, the new creation releases a chemical that signals the mother’s body to become more Th2 dominant in order to prevent the killer cells of the Th1 response from killing the new baby.  It’s amazing how God orchestrated the matter – suppress the ‘killer response’ to enable the baby to survive!

The problem arises if the mother is autoimmune.  It is VERY common for a woman to have a ‘latent’ autoimmune disorder that has never been diagnosed.  They may not even express any symptoms of autoimmune disease (except miscarriage).   An autoimmune disorder is defined as an immune process stuck in the ‘on’ position, either hyper-Th1 or hyper-Th2, which prolonged, destroys the tissue where an antigen (foreign invader) is recognized.  Women who may unknowing be Th1 dominant autoimmune will have a very difficult time ‘holding’ a pregnancy.  The egg is fertilized and though the body attempts to ‘shift’ into Th2 dominance to protect the new fetus, the Th1 (killer system) is tipped too high and eliminates the new baby.

Unfortunately, these women who ‘can’t get pregnant’ are often ‘getting pregnant’ every month and the Th1 dominant autoimmune response is destroying the fetus.  This MUST be properly accessed for any success to be experienced!

“Bill and I have been married for fourteen years since I was 22 years old.  I had just graduated for college and even though Bill was ready for a family right away, I wanted to wait a few years to make some money and get some of my student loans paid.  When I turned 28, I thought I’d better listen to my mother regarding my ‘biological clock’.  I was ready to start a family so I got off the pill.  After a year of trying and nothing was happening, we made an appointment with my regular doctor.  He did a bunch of tests on both Bill and I and I only remember him saying that there was no reason that I couldn’t get pregnant, so we just kept trying.  Another year passed and we were both starting to get a little worried.  My doctor referred me to a fertility specialist and we went through a lot of expensive testing to be offered even more expensive procedures that had no guarantee.  A friend referred me to her doctor, a chiropractic neurologist who specialized in autoimmune diseases and fertility problems.  I thought, “you’re kidding right?’  I could not, for the life of me, think that he was going to be able to do anything for me!  Well, I gave it a shot, he offered a 100% guaranteed plan and Bill said we had nothing to lose.  Bill was wrong; I lost my infertility!  I was pregnant in 6 months and have a beautiful baby girl.  It turned out that I had Hashimoto’s disease, which is an autoimmune problem with the thyroid.  That is why I couldn’t get pregnant.  None of my other doctors caught it.”

Our job is to locate and identify the cause of your infertility, and treat it effectively and naturally.  In order to accomplish this, we use specialized lab testing to completely reveal the nature of the soil…your internal environment.  It is the condition of the soil that allows bountiful crops, and the same is true of your internal environment.  Any internal stressor that affects the regulation of reproduction can and will interfere with your ability to conceive and deliver.  So, not only are we creating an ideal internal environment for your baby, we are ensuring your future health as a mother.

We will evaluate all SEVEN CRITICAL HORMONAL REQUIREMENTS of a successful pregnancy:

1. Following menstruation, a gradual rise in FSH to stimulate production of estrogen
2. The FSH release initiates a surge of estrogen.
3. The estrogen “peak” stimulates ovulation.
4. The release of an egg causes a surge of LH.
5. The surge of LH initiates a gentle release of progesterone.
6. Intercourse or alternative insemination results in fertilization.
7. The progesterone release readies the uterus for implantation.

If this cycle is altered in any way…not enough estrogen, small surge of FSH, etc., etc., then there will be no pregnancy.  Often infertility medications and IVF are overlooking the need for fertile soil.  This is probably why this forcing of pregnancy is only effective from 30-50% of the time; and it does nothing to address the health of the Mother and baby.

From a Neurological point of view, the Brain and nervous system play an integral part of the fertility process.  Besides the obvious Brain connections and its firings to produce hormonal release, the Brain, particularly the Frontal Lobes and Midbrain, must function in balance to allow the pregnancy to ‘hold’.

Neurological Disconnection Syndrome and its subsequent treatment with Brain Based Therapy is best described as altered firing pathways in the Brain.  These pathways are like roads, and the more frequent the roads are used, it’s as if they become paved for easier travel.  This is what we call Neural Plasticity; the more a pathway is fired, the stronger it becomes.  Neural Plasticity is a double edged sword, but we use it to our advantage when we design specific Brain Based Therapies to correct aberrant pathways.  This is perhaps the most commonly missed component in treating infertility!

If Neuronal Plasticity is the most commonly overlooked piece in treating infertility, then the Immune System ranks a close second.  The autoimmune response is present in many infertility cases and if not corrected, the women may be destroying their own fetus.

It is important to understand that an autoimmune disorder is a ‘state’ that the immune system is in.  It is NOT a disease of an organ; and even though it is given a multitude of names depending on the tissue currently affected, it is a STATE of the immune system attacking the tissue it was meant to protect.

Other things that are found with autoimmune processes are decreased hepatic (liver) and biliary (gallbladder and bile ducts) clearance.  When we look at the detoxification processes of the body we understand there exists Phase I and Phase II pathways.  Both these phases are highly nutrient dependant and the Gastro-Intestinal disturbances, decreased gut motility, and decreased absorption rates autoimmune processes decreases the ability for the patient to do the very thing they NEED to do – Detoxify! 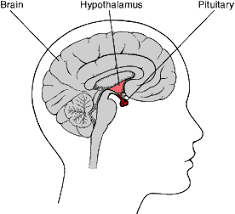 These toxins can become Antigens that may settle anywhere along critical pathways necessary for fertilization and implantation.   Where the Antigen exists is the site of greatest inflammation.

We test every patient for autoimmune disorders regardless of their past conditions!

If a woman has ever taken exogenous hormones, including the pill or progesterone creams, has ever had any pelvic trauma, has had any inflammatory response in the pelvic area or abdomen, or has any history of PID, Endometriosis or PCOS, structure must be addressed.

These and other issues may cause adhesions near the ovaries and fallopian tubes that may physically interfere with the timing and motion of egg and sperm flow and severely affect both fertilization and implantation.

We use specific physical techniques and special tools to reduce this inflammation and detoxify the pelvic area.

Perhaps the most common cause of infertility in the United States today is polycystic ovary syndrome (PCOS).  Tied to number three above, PCOS is a metabolic condition driven by metabolic disruptions of dysglycemia.  Higher levels of insulin as well as estrogen/testosterone ratios literally shut down the hypothalamus-pituitary link. If this metabolic imbalance is not addressed, you are fighting a losing battle to achieve pregnancy and health.

Services available to Members ONLY.

Please be advised that the coaches and other staff members at Conners Clinic are NOT licensed to practice medicine in Minnesota; DO NOT practice medicine; DO NOT prescribe, give, or administer any drug or medicine; DO NOT offer or undertake to prevent, diagnose, correct, or treat any disease, illness, pain, wound, fracture, infirmity, deformity or defect; and DO NOT offer to undertake to perform any form of surgery or hypnosis.